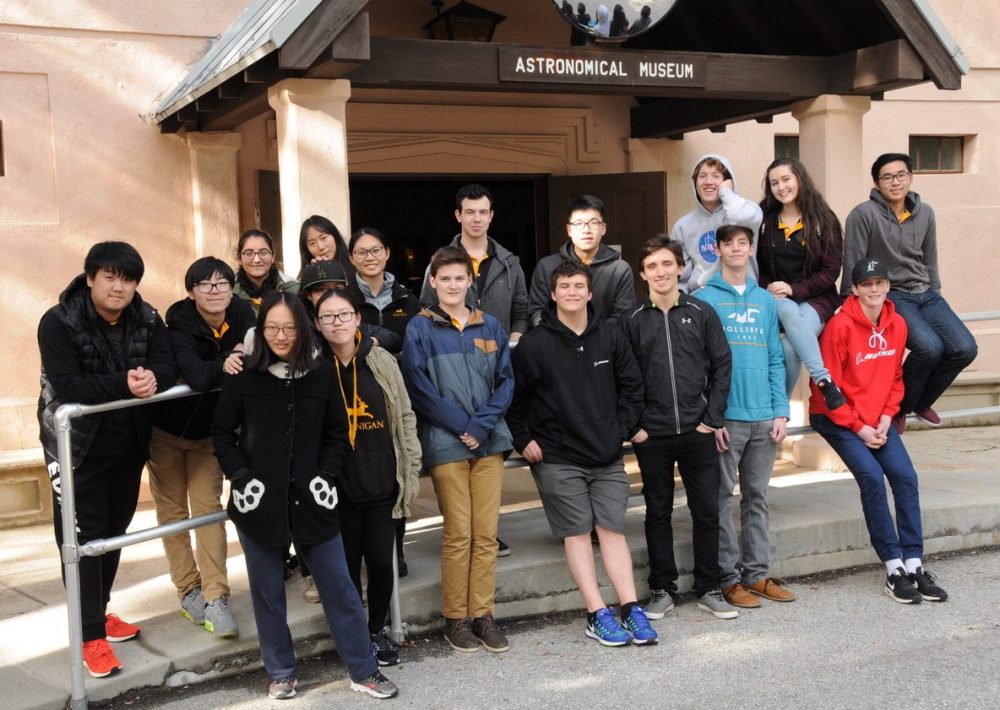 Chemistry and physics students from Shawnigan High School on Vancouver Island, British Columbia, make their annual pilgrimage to Mount Wilson Observatory after spending the morning at NASA/Caltech’s Jet Propulsion Laboratory. Like many school groups they arranged a private tour, but STEM Educational Programs are now available which cover a number of core topics in astronomy, physics, and geology.

Students in the Los Angeles area have the unique opportunity to visit the mountaintop where humanity discovered its place in the Universe–from our position in the Milky Way to Hubble’s observations, proving our galaxy is one of billions, all in an expanding Universe. At Mount Wilson, an astronomer from Carnegie Observatories or NASA’s Jet Propulsion Lab will teach your students–at any level–about the astrophysics that led Hubble to discover the expanding Universe. What better place to learn about the Big Bang and other STEM core topics, than standing next to the historic 100-inch telescope that Hubble used? Come visit all our telescopes, the 100-inch Telescope, the 60-inch Telescope, the Snow Solar Telescope, and the 60 and 150-foot Solar Telescopes. These historic instruments revolutionized astronomy during the first half of the 20th century.  The CHARA interferometer telescope array, completed in 2004 and operated by Georgia State University is also located on the Observatory campus. This array of six telescopes currently has the highest resolution of any optical telescope system ever built, including those in space–capable enough to observe the shapes of stars and the presence of “star spots” rotating on distant stars.

So bring your students for a visit. Einstein came and so did Stephen Hawking and Carl Sagan. What better place to get inspired to learn more science?

To learn more about Mount Wilson’s STEM Educational Program for your school, contact Jessica Rodriguez at stemed@mtwilson.edu or by phone at (571) 762-5850. 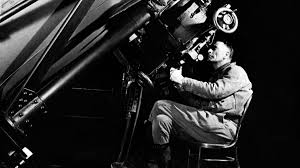 High school students from Magnolia Science Academy in Van Nuys examine the historic 60-inch telescope, which astronomer Harlow Shapley used in 1918 to measure the Milky Way and find our position in it, far from the center. From 1908 until it was superseded by the 100-inch Telescope in 1917,  the 60-inch Telescope was the largest in the world. But more importantly, it was the first large telescope to use a precision-figured mirror to focus the light, rather than a lens. With many other innovations, it became the model for future, large observatory telescopes. The 60-inch is available for rent to school groups for nighttime viewing. 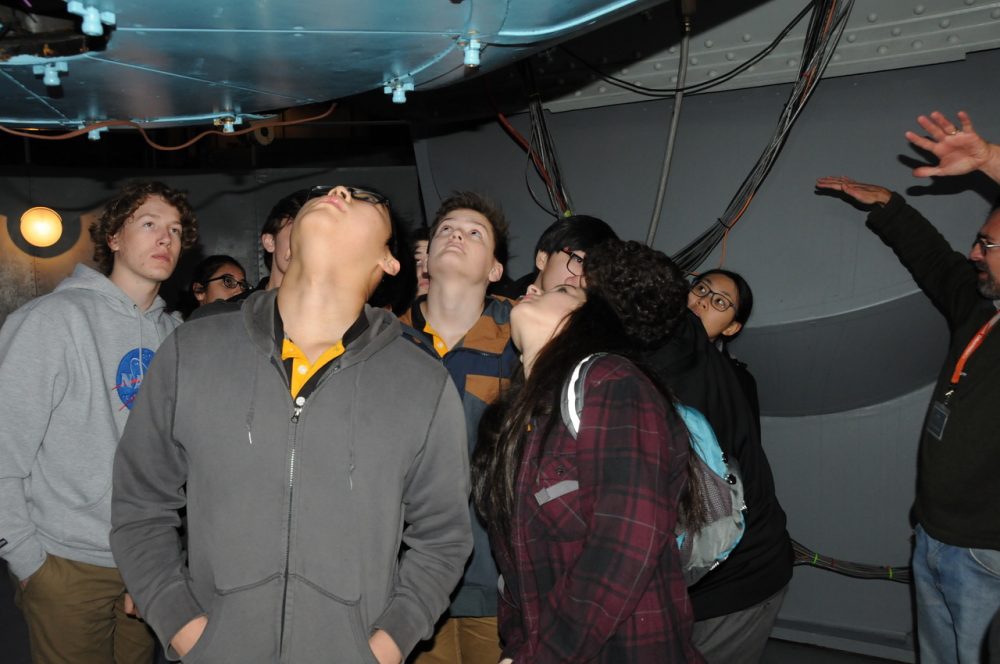 Students from the Shawnigan school in Canada look up into the 100-inch telescope to check out the four-and -a-half ton glass mirror which took 6 years to figure. While they await the change to see the largest solid glass telescope mirror ever made, a Mount Wilson docent explains how the entire mirror cell is removed to periodically re-aluminize  the glass in a vacuum tank.

A few of our staff, ready to welcome students into the 100-inch telescope dome and talk about Hubble’s great achievements: Christopher Burns, an astronomer with the Carnegie Observatories, Tom Meneghini, our executive director and telescope operator, and Nik Arkimovich, a long-time docent and telescope operator.

To reserve a date for your school’s STEM program, please fill out the form below